Public Sentiment at the End of 2016

Direction of the Country

Most Americans continue to say the country is headed in the wrong direction and few are happy any feature of the government or its policies.  However, as with most aspects of life in Washington these days, there are substantial partisan divisions. In the wake of Donald Trump’s election as president, a recent poll finds most Americans with a negative view of the recent election process. Republicans, unsurprisingly, are the exception.

The nationwide online poll was conducted November 29-December 15 with 490 adults by the Fishlinger Center for Public Policy Research at the College of Mount Saint Vincent, 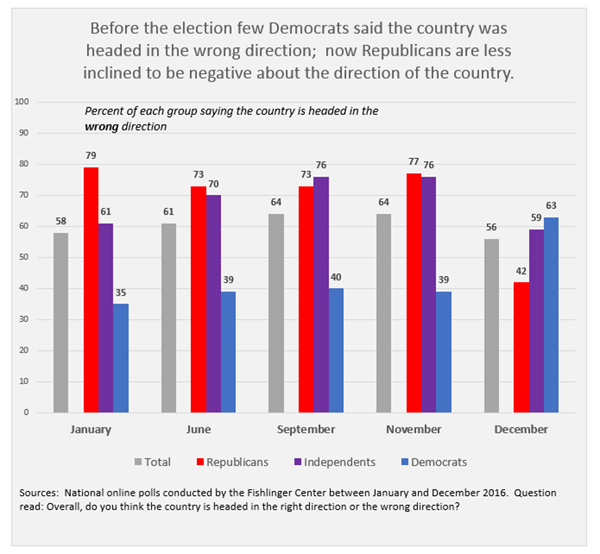 After January 20, the Republicans will control both houses of Congress and the Whites House. So, perhaps predictably, 60 percent of Republicans rate the recent election as excellent or very good.  Only 31 percent of Democrats and 32 percent of independents agree.

In comparison, last January before the primaries started, 44 percent of Democrats said they were extremely or very satisfied with the election process, while only 27 percent of Republicans and 23 percent of independents concurred. 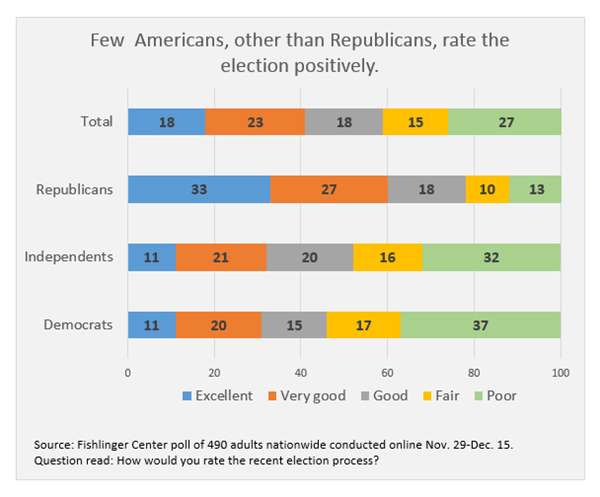 Few Americans are particularly enthusiastic about the country’s policies, whether considering them as a whole or looking specifically at domestic and foreign policies.  Independents are most negative about the government. Democrats, at least while Barack Obama is still in office, are most positive.  After Inauguration Day, it’s likely that Republicans will be more positive. 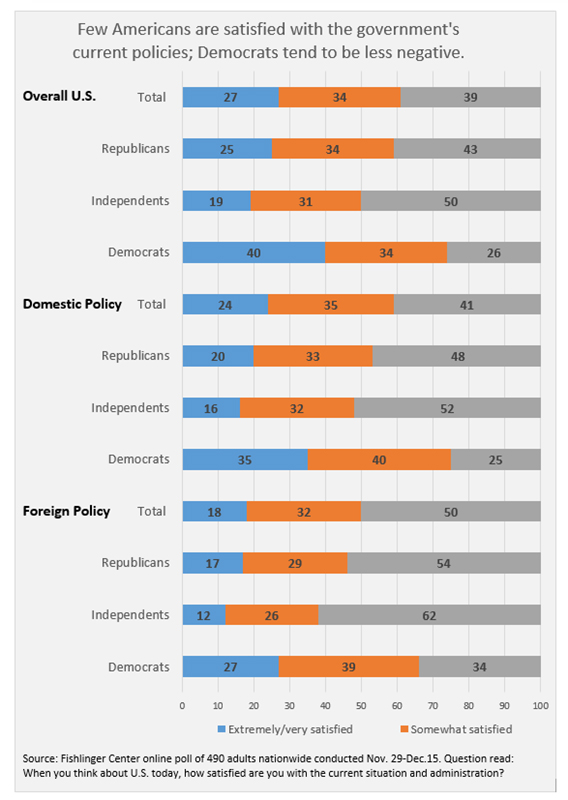 Regarding President Obama, Democrats continue to hold a very positive view, while Republicans maintain their negative impression of him.  There is less partisan differences regarding Congress. Less than a quarter of both Republicans and Democrats say they are extremely or very satisfied with either the Senate or the House of Representatives. Independents are even more disgruntled: less than 15 percent are satisfied with either chamber.

The Supreme Court is viewed more favorably by the public than the legislature. Twenty-three percent of the public are extremely or very satisfied and another 40 percent are somewhat satisfied. 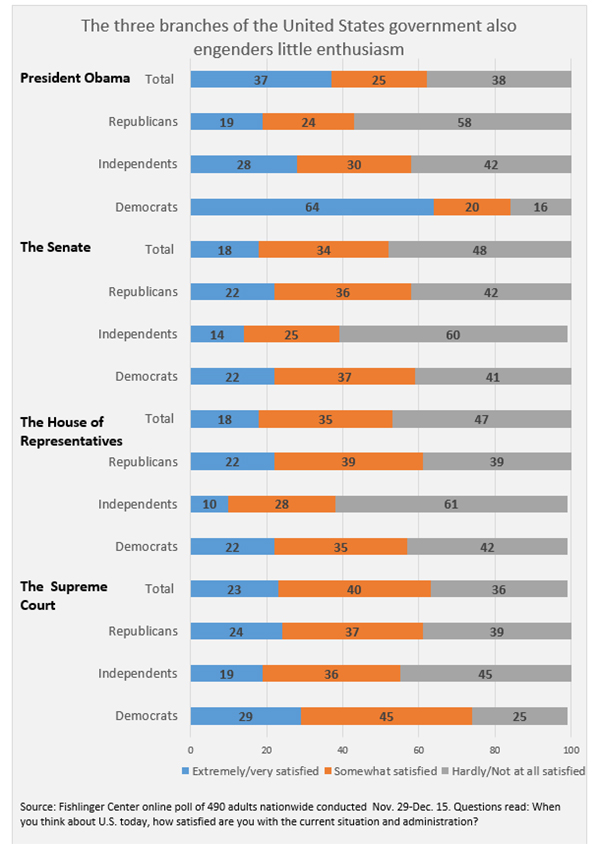 Looking Ahead
Americans generally express more optimism about the future than satisfaction with the present.  However, often Republicans are more optimistic about the future that Democrats.  For example, 23 percent of Republicans are extremely or very satisfied with overall U.S. government policy, but 53 percent are optimistic about future U.S. policy.  In contrast, 40 percent of Democrats are satisfied with current U.S. policy while 36 percent have a positive outlook for the future.

When it comes to the president, however, satisfaction with Obama and optimism for Trump are very close with 37 percent satisfied with Obama vs 39 percent optimistic about Trump. This does not convey a typical “honeymoon” period for the incoming president and suggests a fair degree of skepticism for him as president.

The difference between satisfaction and optimism will be important to monitor during the transfer of power in coming weeks and beyond as the new administration takes the helm. 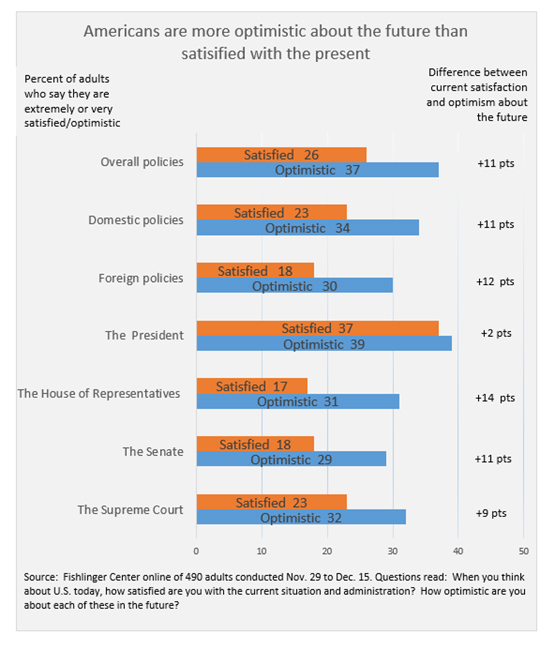 The Fishlinger Center conducts online national surveys focusing on political issues in the United States. The fieldwork for the polls is conducted using a blended national panel from Survey Sampling Inc.  Interviews for the latest poll were conducted Nov. 29 through Dec. 15 with 490 adults. The credibility interval is plus or minus 4 percentage points.