The Fishlinger Center for Public Policy Research at the College of Mount Saint Vincent is introducing a new report, the Fishlinger Presidential Meter. This measures whether U.S. adults aged 18 through 80 feel that President Trump should remain in office, resign, or be removed from office, as well as their likelihood of re-electing him in 2020.

There are also significant differences by gender with women being less likely to want him to remain president.

There are also significant differences by party affiliation and gender in terms of likelihood to vote for him for a second term in 2020. 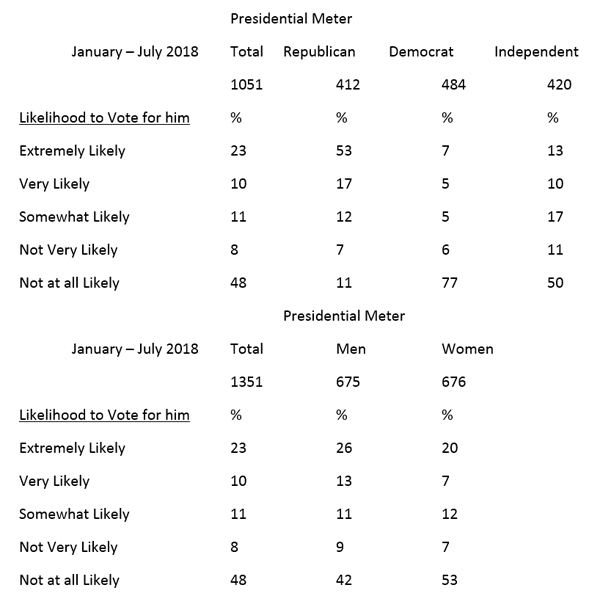 Subsequent reports will track these key measures over time.

In this study, the Fishlinger Center conducted online national surveys focusing on political issues in the United States. The fieldwork for the poll was conducted using a blended national panel form Survey Sampling, Inc. Interviews were conducted January 1-July 31, 2018. The credibility interval for 1,000 respondents is plus or minus four percentage points. The credibility interval is larger for subgroups and for differences between polls.