The Fishlinger Center for Public Policy Research at the College of Mount Saint Vincent seeks to foster meaningful dialog on key public policy issues through independent, objective public opinion research. This survey focuses on social issues in the United States.

When compared to “human trafficking,” “sexual harassment” coverage is more likely to be perceived as exaggerated. The majority of respondents (58%) believe that the issue is accurately covered or understated.

What is of much more social significance is the perceived gross under coverage of “human trafficking.” The majority of respondents feel that “human trafficking” is understated. This suggests that more attention and focus is needed for this critical social issue. 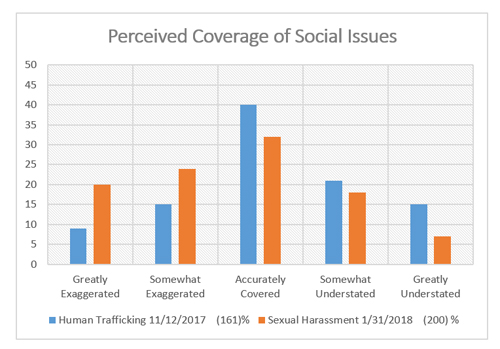 Perceptions of “sexual harassment” differ greatly by gender. Women are much less likely to feel that coverage is exaggerated than men. However, women and men have similar perceptions on coverage for “human trafficking.” 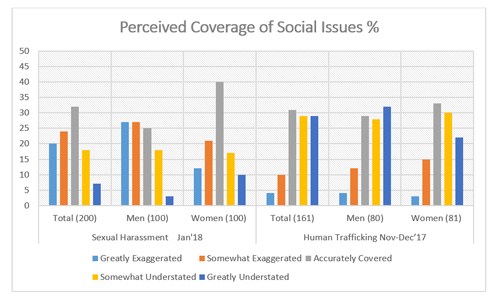 The Fishlinger Center for Public Policy Research opened in February 2015 at the College of Mount Saint Vincent. The Center conducts in depth studies of public opinion on key public policy concerns through independent and objective research.