In the wake of Inauguration Day and the Women’s March on Washington, there appears to be little change in the public’s attitudes toward the new president. Members of the two major parties remain sharply polarized as they were during Barack Obama’s eight years in office, according to online polls conducted by the Fishlinger Center for Public Policy Research at the College of Mount Saint Vincent.

Independents tend to be in the middle but are showing an increase in optimism following week one of President Donald Trump’s administration. In a reversal of the post-election period, Republicans now see the country as heading in the right direction while Democrats are now much more inclined to regard the country as moving in the wrong direction. Independents remain closely divided. 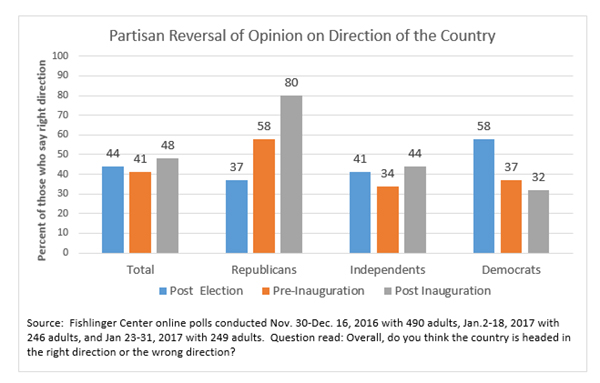 Satisfaction with former President Barack Obama stabilized for the population as a whole. As been the case throughout most of his presidency, views about the former president are strongly polarized between members of the two major parties. 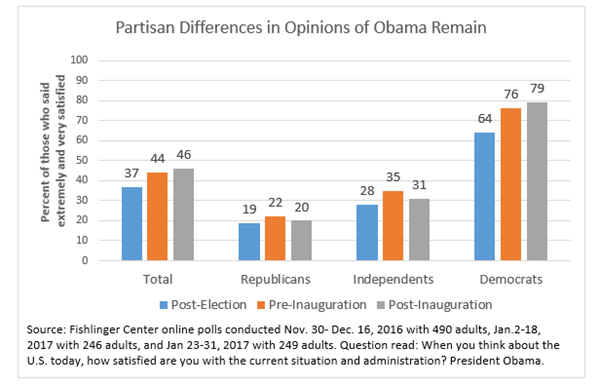 Concerning optimism about the future, Mr. Trump has also stabilized among the population as a whole. Predictably, the Democrats are not optimistic about the new president, while Republicans continue to have a positive view of the future with Mr. Trump. Independents are slightly more positive than they were before the inauguration. Perhaps they see the administration’s activity during its first week in office as a fulfillment of his campaign promises. This will be an important measure to track as his Presidency unfolds. 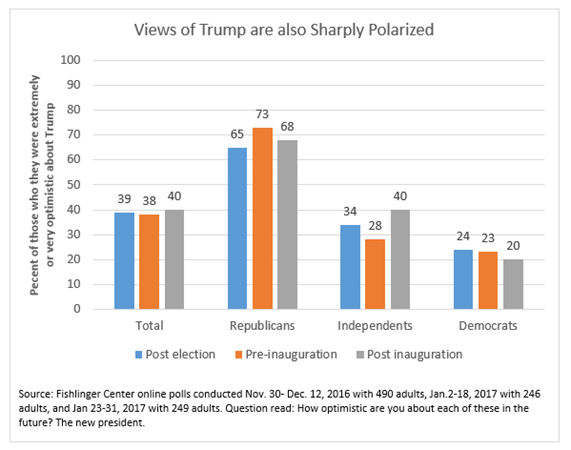