Red Monkey Theater Group (RMTG) —the College of Mount Saint Vincent’s resident theater company—presents Hedda Gabler by 19th century Norwegian playwright Henrik Ibsen. Directed by RMTG Managing Director Rachel Tamarin, performances will be held January 26 and February 2 at 2 p.m. and January 30 and 31 and February 1 at 8 p.m. in Cahill Theater. The performance on Sunday, January 26 will be followed by a complimentary Q&A with the director and cast.

Hedda Gabler is Ibsen’s masterpiece of realism, a story that permanently changed the face of world drama. After returning from her honeymoon, Hedda discovers that her marriage will not be the life of wealth and excitement she had anticipated. Her own desires seemingly thwarted, she sets out to change the course of another person’s destiny. This adaptation is set in the U.S. in the late 1950s, just before the emergence of Second Wave Feminism and the “sexual revolution,” and will feature period costumes and music.

And the Mount community has remained involved with RMTG through the years—the stage will be managed by alumnae Alexis Peterson ’16 and Mikaela Blanchard ’18, who works in the Mount’s Office of Student Accounts. 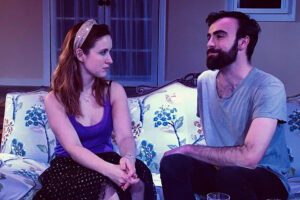 “The themes Ibsen explores in Hedda Gabler are universal, and transcend the conventions of the original time period and location in which they were written,” Tamarin said. “While we may condemn her actions, Hedda’s frustrations, which stem from her disenfranchisement, her lack of agency, and a desire to find utility and purpose within her limited sphere of influence, are ones with which an audience of any era can understand and empathize. We’ve come a long way as a society since both the 1890s and 1950s, but today, many individuals still face the same sorts of barriers to independence that Hedda experiences.” 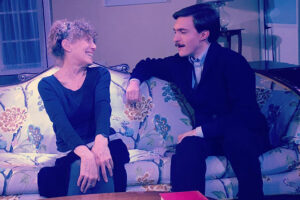 Hedda Gabler is the fourth production in Red Monkey Theater Group’s 21st season titled “A Season of ‘Difficult Women,’” a collection of plays about women who do not conform to social, professional, and political expectations. Other upcoming productions include Good People by David Lindsay-Abaire, Boy Gets Girl by Rebecca Gilman, and Sherlock Holmes: The Adventure of the Copper Beeches.

For tickets, directions, a full listing of the season’s programming, and additional details, please visit redmonkeytheater.org. Tickets are $25 for general admission, $15 for students and seniors, and free for College of Mount Saint Vincent students and staff with ID.

About Red Monkey Theater Group
Founded in 1999, Red Monkey Theatre Group (RMTG) is the resident theater company of the College of Mount Saint Vincent in Riverdale, N.Y. A nonprofit performing arts company operating out of Mount Saint Vincent’s Cahill Theater, RMTG is dedicated to enriching local communities through the cultivation, creation, and presentation of live theater. Company members have trained with the Royal Shakespeare Company, the National Theater Institute at the Eugene O’Neill Theater Center, the Moscow Arts Theater, Lincoln Center Theater, and other diverse institutions and programs. Past productions include the company’s original dramatic adaptation of Dostoevsky’s The Brothers Karamazov, which enjoyed a month-long run at the Mazer Theater on the Lower East Side of Manhattan. The group’s productions have toured throughout Westchester and the Bronx for the past several seasons, and RMTG shows have appeared as part of ArtsWestchester’s acclaimed Live at the X performance series. RMTG also collaborates with M&M Productions to present a series of site-specific Sherlock Holmes adventures at Lyndhurst, a historic gothic revival estate in Tarrytown, N.Y.