Home / Responsibility for the Environment: Individuals or the Government?

Responsibility for the Environment: Individuals or the Government?

This is the seventh and final report from the survey; the earlier reports concentrated on human trafficking, the lack of affordable health care, root causes of poverty, domestic violence, the lack of educational opportunities and drug addiction.

In his environmental encyclical last June, Pope Francis called on people of all religions to take swift action. Most Americans consider the environment an important problem that is getting little focus, including a majority of Catholics.  Yet there are strong partisan differences in the public’s views. Two-thirds of Democrats and independents say the environment is the responsibility of the government, while 57 percent of Republicans say it is the concern of individuals. 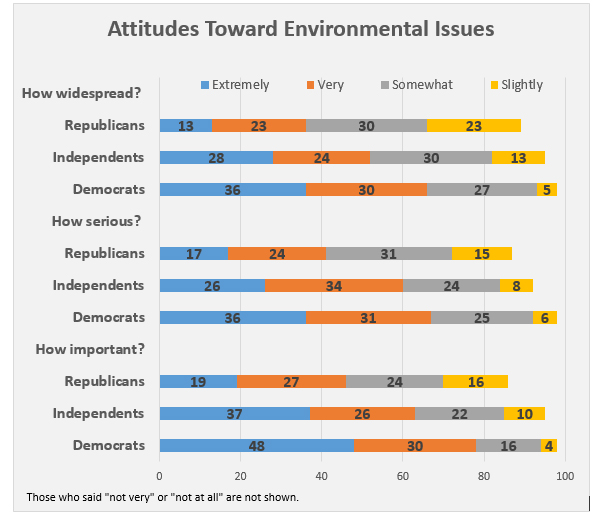 Who is Responsible for the Environment?

Most Americans say that environmental concerns are more the purview of the government rather than the responsibility of individuals.

However, there are strong partisan differences on this question as well. Two-thirds of Democrats and independents say the environment is the responsibility of the government, while a majority, 57 percent, of Republicans consider it an obligation of individuals. Similarly, liberals are more inclined to say the government should be dealing with environmental concerns, while most conservatives feel that the private sector should be handling problems with the environment. 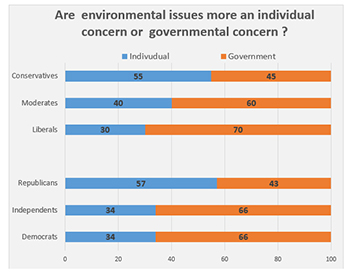