Home / The Engine of Evolution

The Engine of Evolution

Why are there more than 200 million European starlings in North America? And what can genetic diversity tell us about this avian invasion? 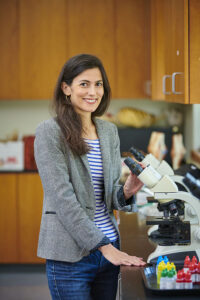 Just ask Julia Zichello, evolutionary and biological anthropologist, Research Associate at the American Museum of Natural History (AMNH), and most importantly, Assistant Professor of Biology at the College of Mount Saint Vincent.

“Variation is the engine of evolution,” said Dr. Zichello, whose expertise combines the study of population genetics with skeletal anatomy to understand how variation evolves within species. An important force in evolution, genetic variation enables some to adapt to the local environment while maintaining the survival of the population.

Now, Dr. Zichello’s research has taken flight—with Forbes featuring her and her collaborators’ research on the genetic variation of European starlings (Sturnus vulgaris).

Read the Forbes article: “Does Genetic Diversity Aid Starling Invasions Around the World?”

Dr. Zichello began her project in 2016, working with several students and scientists along the way, including evolutionary biologist Louise Hart Bodt and Associate Professor at the University of New South Wales Lee Ann Rollins. And though Dr. Zichello initially began her scientific career by studying human genetic diversity, this anthropologist has surely harnessed a central foundation for her research. 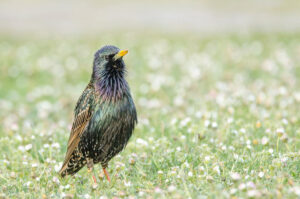 “They are a powerful system for studying evolution and adaptation, but also interesting from an ecological and conservation perspective,” said Dr. Zichello, who was initially interested in Sturnus vulgaris because of their unique arrival into the United States.

“Their native range is Europe and Western Asia and they were brought to the U.S. in 1890,” she continued. “From a starting population of approximately 100 birds, their population has dramatically expanded in a short time period. Today, their population is 200 million in the U.S. alone and they are considered one of the world’s worst invasive species. Because of this unique population history and rapid expansion, I wondered how genetically similar they might be to one another, and so, the project began. Human population history is also characterized by a relatively small population size expanding in a short period of time. This has led to less genetic diversity in humans than in our close evolutionary relatives, the chimpanzees. So, I see conceptual parallels between starlings and humans, despite the two species being wildly different in certain ways.” 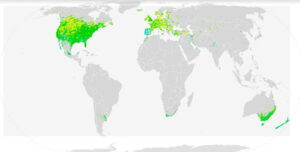 Dr. Zichello and her team also observed that starlings in the United States have a substantially lower amount of genetic diversity than those in the native range.

“This is interesting for two reasons: one is that low genetic diversity is often associated with negative effects on a population or species, but the starlings were highly successful anyway,” she said, “and two, our study suggests that the native range is highly diverse, but it is not yet fully characterized.”

Dr. Zichello offered the example of her team finding a little genetic overlap in the three invasive starling ranges they studied—in the U.S, Australia, and South Africa—as these invasive populations were started as a subsample of the same highly diverse native range population. 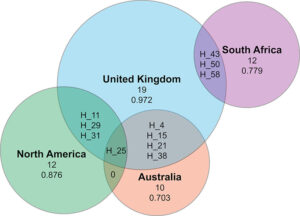 So, how did Dr. Zichello find her way to the Mount?

“I was drawn to the Mount because it’s a small college that places high value on excellence in teaching and engagement with students,” she said. “The teaching philosophy and approach embodies an optimal way for students to learn, which I believe is especially important at the undergraduate level. Students are not only learning new facts but developing their professional skills, interests, and understanding of the world.”

She joined the faculty this past Fall semester and is teaching Anatomy and Physiology I, leading discussions on structure and function while focusing on topics such as cells, bones, muscles, and the brain.

“The students are passionate about the professional careers they aspire to, and I see that in the seriousness with which they approach their studies,” Dr. Zichello continued, noting her excitement to collaborate with Mount undergraduate student researchers in the future.

“I plan to continue my research on starlings and explore DNA from historical museum bird specimens and bird behavior from wild populations. These birds are everywhere, you can see them on campus, I regularly see (and hear!) a few of them on top of Cardinal Hayes Auditorium. I love the starlings, and there is tremendous potential to do more research on this ubiquitous bird, but I also plan to continue research in human and primate evolution—exploring more of the what, why, and how of variation between individuals within a species (both their bones and their genes).”

With no shortages on birds—or ideas—we’re excited to see what ecological and evolutionary discoveries Dr. Zichello and her students take on next!