The percentage of Americans who believe the country is on the wrong track increased slightly according to the Fishlinger Poll for December from the Fishlinger Center for Public Policy Research at the College of Mount Saint Vincent. The number went slightly up from 63 in October to 65 in November.

At the same time, satisfaction with President Trump went up slightly from 26 in October to 28 in November. 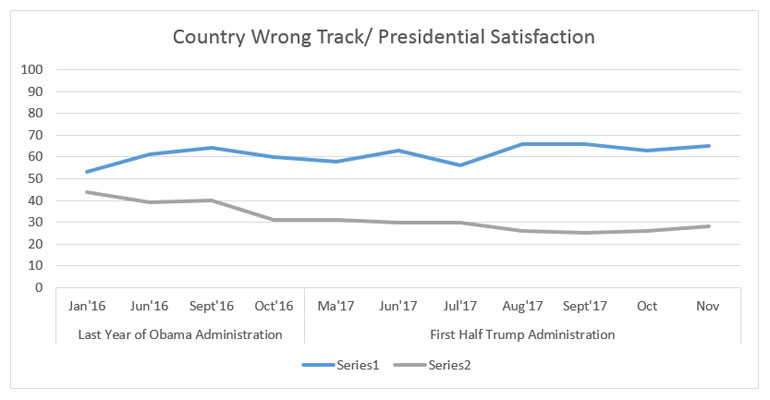 November has again been a relatively moderate month for the Trump administration, with a view that tax reform may be passed this year. The stock market continues to hit record highs. President Trump’s two-week trip to Asia went without major incident and North Korea’s latest missile test has yet too have an impact.

Survey Methodology
The Fishlinger Center conducts online national surveys focusing on political issues in the United States. The fieldwork for the polls is conducted using a blended national panel from Survey Sampling Inc. Interviews were conducted November 1-30, 2017. For a sample of 1,000, the credibility interval is plus or minus four percentage points. The credibility interval is larger for subgroups and for differences between polls.