The Fishlinger Optimism Index™, a breakthrough measurement of public opinion centered on Americans’ optimism about the future from the Fishlinger Center for Public Policy Research at the College of Mount Saint Vincent, recovered slightly in September moving from 48 in August to 55 in September. 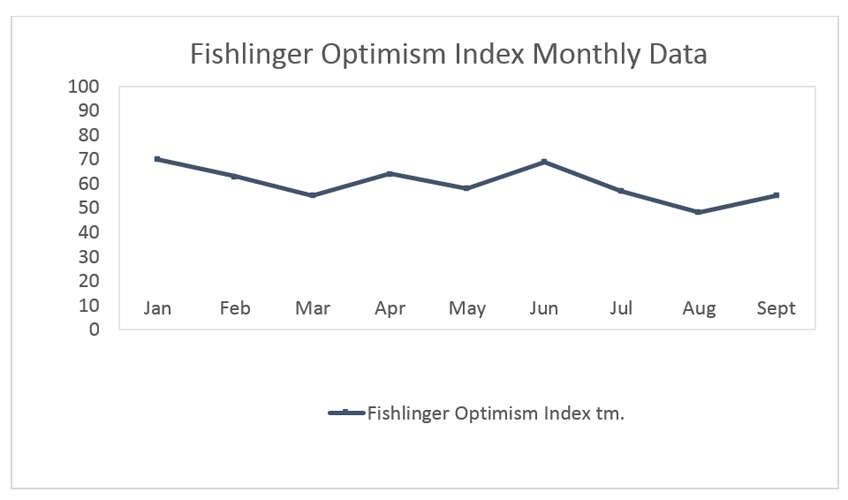 September was a mixed month for the Trump administration. President Trump’s compromise with the Democrats on the debt ceiling and refugees were viewed positively. However, his speech at the United Nations received mixed reviews and caused increased tensions with North Korea. His criticism of NFL owners and players also received mixed feedback. The effects of the Senate “no” vote on health care and the new proposed tax plan are yet to play out.

While World Affairs, Federal Policy, and National Leadership did not change, Social Progress and Personal Prosperity moved back up slightly. 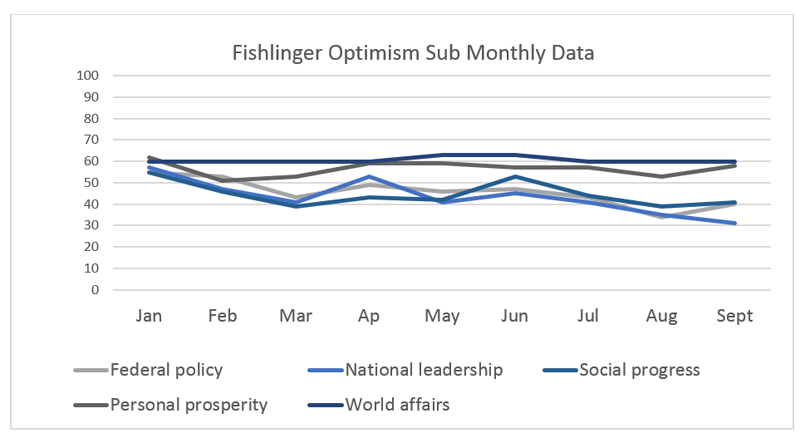 In this study, the Fishlinger Center conducted online national surveys focusing on political issues in the United States. The fieldwork for the polls was conducted using a blended national panel form Survey Sampling, Inc. Interviews were conducted November 29 – December 15, 2016 and January 3 – August 28, 2017. The credibility interval for 1,000 respondents is plus or minus four percentage points. The credibility interval is larger for subgroups and for differences between polls.