The Fishlinger Optimism Index™, a breakthrough measurement of public opinion centered on Americans’ optimism about the future from the Fishlinger Center for Public Policy Research at the College of Mount Saint Vincent, indicates that most Americans still believe the country is on the wrong track. The only difference is that the parties have changed. 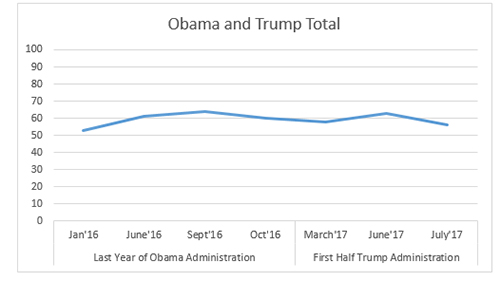 During the last year of the Obama Administration, up to three fourths of Independents felt the country was on the wrong track. In contrast, the majority of Democrats now believe the country is heading in the wrong direction. Only Republicans have remained comparatively optimistic about the country’s course since Trump took office. 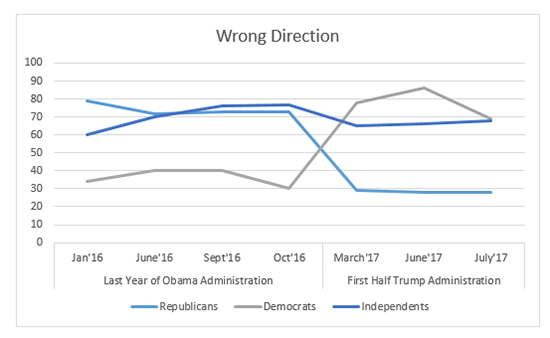 Survey Methodology
The Fishlinger Center conducts online national surveys focusing on political issues in the United States. The fieldwork for the polls is conducted using a blended national panel from Survey Sampling Inc. Interviews were conducted January ’16 through July ’17. With 1,000 adults the credibility interval of plus or minus 3 percentage points. The credibility interval is larger for subgroups and for differences between polls.