True for Republicans, Democrats, and Independents. Same true for satisfaction with current performance. 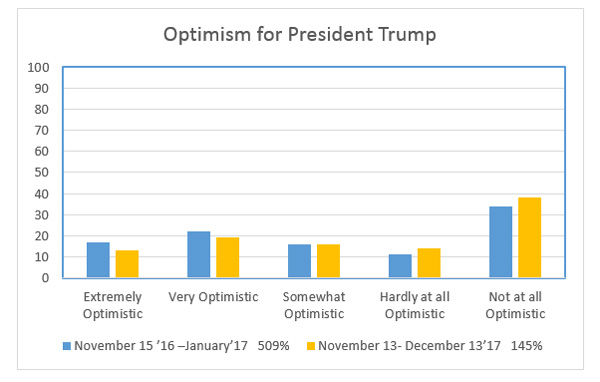 The falloff in optimism occurred for all political affiliations. 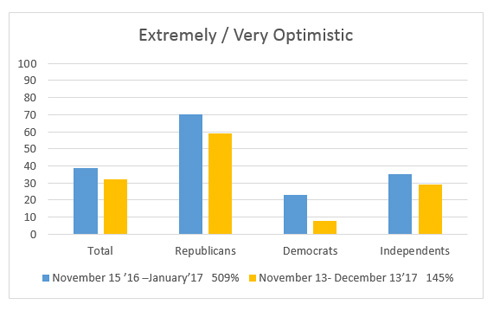 In terms of satisfaction, President Trump started off with lower satisfaction than the levels with which President Obama ended his term. 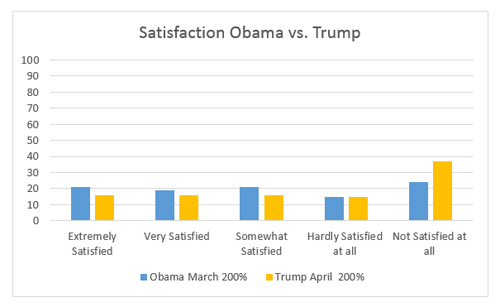 Not surprisingly, dissatisfaction broke along party lines with the Republicans being disgruntled with Obama, the Democrats dissatisfied with Trump and the Independents in the middle.

However, Trump did not have a honeymoon period either before or during his first year. He also fell off in satisfaction over the course of the year, with nearly half of the population not at all satisfied with his performance. Interestingly, the minor gains he was able to earn came from Independents not traditional Republicans. 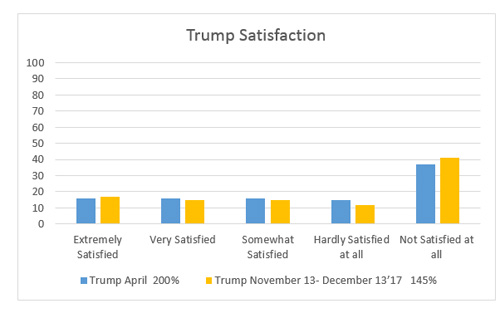 It is highly unlikely that this overall pattern of lack of optimism and dissatisfaction will change with the expected passage of tax reform legislation at the end of the year.

The Fishlinger Center conducts online national surveys focusing on political issues in the United States. The fieldwork for the polls is conducted using a blended national panel from Survey Sampling Inc. Interviews were conducted January 2 through December 15, 2017 with 2000 adults. The credibility interval is plus or minus three percentage points. The credibility interval is larger for subgroups and for differences between polls.