The Fishlinger Optimism Index™, a breakthrough measurement of public opinion centered on Americans’ optimism about the future from the Fishlinger Center for Public Policy Research at the College of Mount Saint Vincent rose from 54 in October to 56 in November. 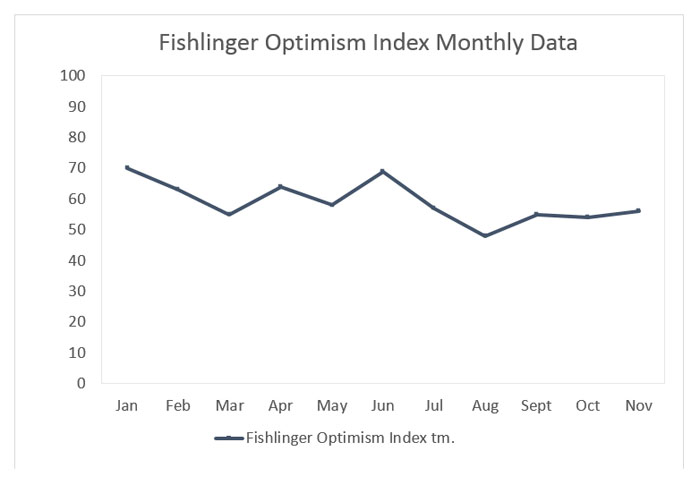 November has again been a relatively moderate month for the Trump administration with a view that tax reform may be passed this year. The stock market continues to hit record highs. President Trump’s two-week trip to Asia went without major incident and North Korea’s latest missile test has yet to have impact. 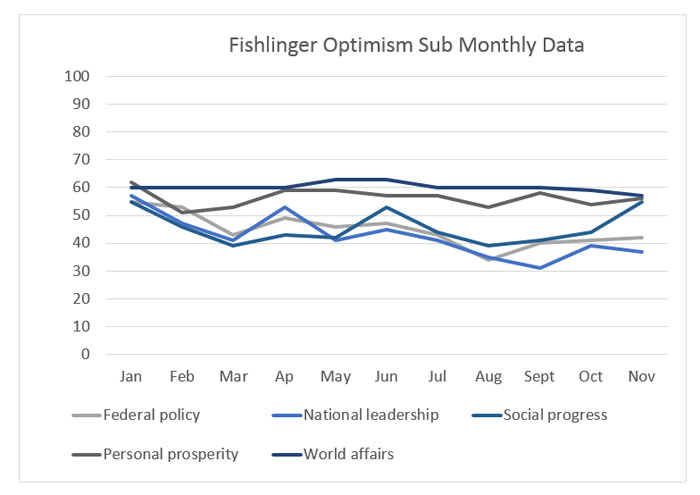 Notably, the only dimension of the Index that rose significantly was Social Progress. This is likely to be somewhat a function of the prompt actions taken in a number of the sexual harassment cases. 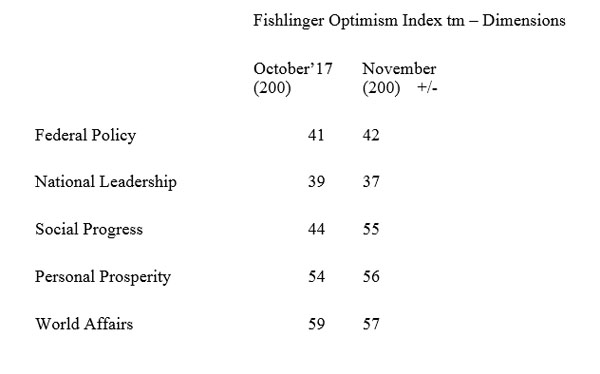 In this study, the Fishlinger Center conducted online national surveys focusing on political issues in the United States. The fieldwork for the poll was conducted using a blended national panel form Survey Sampling, Inc. Interviews were conducted November 15 – December 15, 2016 and January 3 – November 30,2017. The credibility interval for 1,000 respondents is plus or minus four percentage points. The credibility interval is larger for subgroups and for differences between polls.