Trump Optimism Dropped Significantly in First Half of 2017

The Fishlinger Optimism Index™, a breakthrough measurement of public opinion centered on Americans’ optimism about the future from the Fishlinger Center for Public Policy Research at the College of Mount Saint Vincent, indicates that optimism about President Donald Trump dropped sharply in the first half of 2017.

In contrast, not long after the 2016 presidential election last December, satisfaction with President Barack Obama and optimism about then newly-elected president Trump were quite close: 37 and 40 percent, respectively. Optimism began to fall after Trump’s inauguration. 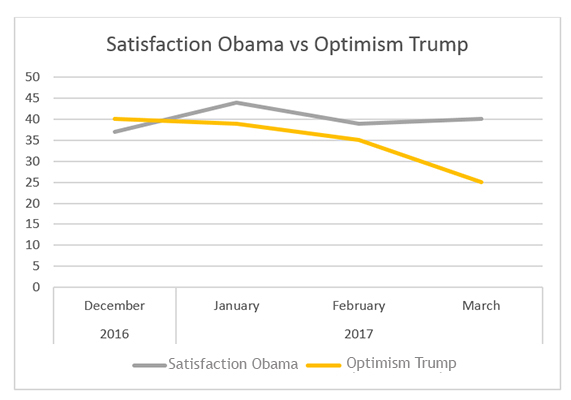 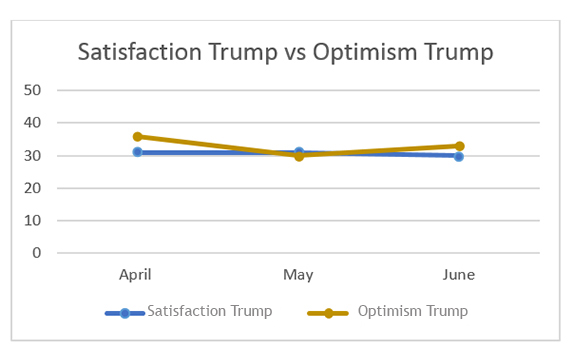 Survey Methodology
The Fishlinger Center conducts online national surveys focusing on political issues in the United States. The fieldwork for the polls is conducted using a blended national panel from Survey Sampling Inc. Interviews were conducted November 30 through December 15, 2016 and January 3 through June 30, 2017. With 1,000 adults, there is a credibility interval of plus or minus four percentage points.  The credibility interval is larger for subgroups and for differences between polls.

The Fishlinger Center for Public Policy Research opened in February 2015 at the College of Mount Saint Vincent.  The Center conducts in depth studies of public opinion on key public policy concerns through independent and objective research.