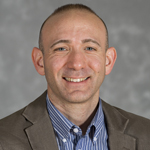 “Brazil through Italian Eyes: The Debate over Emigration to São Paulo during the 1920s,” Altreitalie, Number 31, July-December 2005.