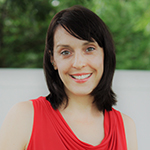 Dr. Alexander has long been interested in the way that social relationships affect the body, brain, and behavior. Early in her career, she studied how pair bonding alters the growth of new neurons in the brains of birds. She then transitioned to investigating the role of attachment style in emotional eating and binge eating in humans. Currently, she is working with her students to investigate the social and emotional mechanisms that influence eating behavior. This work also deals with the issues of weight related prejudice, stereotypes, and discrimination. Dr. Alexander enjoys connecting students with science. Please contact her if you are interested in research opportunities in her lab.

Publications
Alexander, K.E. (2017). “Attachment anxiety is associated with a fear of becoming fat which is mediated by binge eating,” PeerJ, 5:e3034  Click to view

“Attachment Anxiety and Perceptions of Team Work in the Classroom,” Northeast Conference for Teachers of Psychology, Connecticut, November, 2012